Stay up-to-date on all the latest happenings from The Dolins Group below.

Looking for support? Let one of our friendly staff members assist you.

The Dolins Group would like to congratulate Maddie Pfeiffer at Glenbrook North High School for winning this year’s TDG Scholarship award. The scholarship is awarded annually to a well deserving student by The Dolins Group. Congratulations Maddie, we are proud of you. 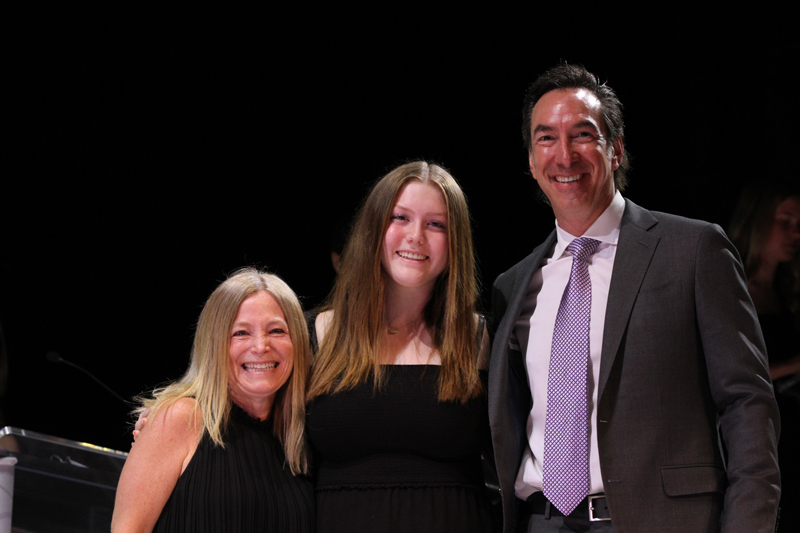 Leonard Dolins, founding partner of the The Dolins Group LTD, was 20 years old when he did his first professional tax return. It was his brother’s 1961 return. As he approached his 80th birthday this year, he set a goal to prepare 60 tax returns to celebrate the milestone of his 60th tax season.

“This is a special year for me, both personally and professionally” says Len. “I wanted to make it memorable by doing one tax return for each year that I’ve been preparing returns. My target was 60, I actually did More!”

Len’s first job as an accountant was for a small accounting firm in Chicago. He started after returning from his honeymoon with his bride Rena. It was seasonal work and only lasted six months.

“It was enough for me to realize I had found my passion and my calling,” says Len.

When that position ended, Len worked for another accounting firm for 13 years. During that time he earned his CPA. In 1975, he went on his own and shared a small office with another CPA in Skokie, IL. That business relationship grew and they became partners. While the work was rewarding and challenging, he wanted more.

In the late 1980s, with Rena providing office support, he started his own practice. That year he did 50 tax returns. The business started to grow. In 1993, Len was preparing more than 125 tax returns and decided it was time to bring in a partner – his youngest son Steve Dolins, a CPA who was looking for a new opportunity to grow his career. Dolins & Dolins LTD was officially formed in June 1993.

In 2000, at the urging of Rena, Len decided to scale back and turn over management of the firm to Steve. Len continued as a partner and Steve took over the firm as managing partner and renamed it The Dolins Group LTD.

“Today we have 35 employees and are doing over 6,000 tax returns a year,” says Steve. “I’m proud of all my Dad’s accomplishments and the business we continue to build together.”

So what does the future hold for Len?

The deadline for individuals filing taxes has been extended to May 17, 2021 for the 2020 tax year.